IDF soldiers entered the Arab town of Nil’in late Sunday night to hunt down three Arabs who crossed the security fence after allegedly having kidnaped an Israeli citizen, according to the Hebrew-language ‘0404‘ news website.

Nil’in is located 17 kilometers (about 10 miles) west of Ramallah, but just a mile north of the Jewish city of Modi’in Illit. It is also very close to the 1949 Armistice Line (the so-called “Green Line”) and not far from Highway 443, where there have been numerous Arab attacks on Jews during the terror wave that began last October.

It’s not clear how the infiltrators managed to get through the security fence.

The hostage was dragged into a location in the village while a mob of Arabs pelted the IDF troops with stones. Other Arabs placed rocks in the road in order to block vaccess by Israeli army vehicles.

Neither strategy was effective in stopping the IDF forces, who simply pushed through the hail of rocks and entered Ni’ilin to search for the kidnap victim.

A group of IDF soldiers were successful in tracking down the hostage and rescuing him, miraculously unharmed, while a second unit covered them with gunfire aimed at the rioting Arabs who had begun to surround the house where the captive was being held.

No details have been released about the identity of the kidnap victim or about which IDF units tracked down his captors and got him out of there alive and in one piece. All Israeli soldiers reportedly returned safely to base. 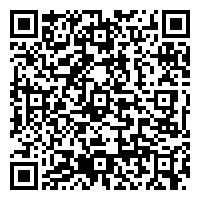