Syrian Rebels took over the area from Assad’s forced in 2013, and a year later, Islamic State took it over from the Syrian Rebels.


Residents who visited the area also report seeing empty metal barrels, and are now afraid that more radioactive material has been released.

Islamic State may be looking for radioactive materials to make a dirty bomb, or perhaps they may even believe they might find a nuclear bomb underneath the rubble.

In 2007, the Israeli Air Force destroyed the secret Syrian nuclear facility in Operation Orchard, after which the Assad regime quickly removed much of the dirt from the site, and then replaced it, covering it over with tons of new dirt, to hide the facility’s purpose from international inspectors.

At the time, the Syrian regime used civilian vehicles to remove the dirt.

The International Atomic Energy Agency (IAEA) was finally able to confirm in 2011 that the Al-Kibar site was a secret nuclear facility.

In 2009, Germany’s Defense Minister, Hans Ruhle, said that Iran had financed the construction of the nuclear reactor in Syria, and North Korea was supplying the construction material, at a cost of between $1 billion to $2 billion.

The CIA has also said it was a nuclear facility built for military purposes.

Assuming the local reports are true, this is disturbing. 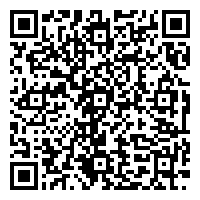