Israel has reported an outbreak of the H5N8 bird flu at the Hefzi-Bah farm, according to the OIE international animal health body.

The virus is highly contagious.


According to OIE, it is likely the outbreak resulted from contact with wild birds migrating from Europe. Israel is located at the apex of three continents and is a migration corridor through which more than a million birds travel from Europe to Africa each autumn and spring.

“The migration is ongoing and this virus strain probably arrived from Europe with migrating birds,” the OIE said.

The H5N8 flu was found last week among ducks in a village on Lake Constance in Switzerland, and also among waterfowl on the Austrian side of the lake.

“Though the virus has not been known to threaten human health, it can devastate poultry farms,” the World Organization for Animal Health (OIE) reported. Two weeks ago, 9,000 turkeys in Hungary also died from H5N8. 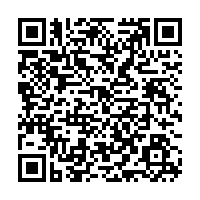