If you had to find the one Hasidic Rebbe that would attract President Elect Donald Trump’s attention, it would have to be Reb Israel Friedman of Ruzhin (1796-1850), “Der Heiliger Ruzhiner.” The Ruzhiner Rebbe lived in a palace with splendid furnishings, rode in a silver-handled carriage drawn by four white horses and with an entourage, dressed like a nobleman, wore a golden yarmulke and clothing with solid-gold buttons, and was attended by servants in livery. This very unusual manner was actually accepted and even praised by many of his contemporaries, who believed that the Ruzhiner was elevating God’s glory through himself, the tzadik.

Turns out that of all the ultra-Orthodox leaders Trump could connect with, he picked an heir of the Ruzhiner, the Rebbe of Boyan, Rabbi Nachum Dov Brayer, an American Rebbe who made aliyah as a teenager and has been leading the Boyan movement since 1985. According to the website B’Hadrei Haredim, Donald Trump has been a heavy donor to the Ruzhin-Boyan Tiferet Israel yeshiva in Jerusalem.


The President Elect, whose daughter Yael (Ivanka) is possibly the most renowned convert to Orthodox Judaism in recent years—and visited the Lubavitcher Rebbe’s graveside on the Saturday night prior to the election, has maintained his own ties with the Boyanner Hasidim, including attending their events, donating to their appeals and buying up pages in their journals.

Hadrei Haredim on Wednesday cites a Boyan Hasid who said that it is clear Trump is “connected to the heart of the Jewish people and there’s no doubt he is one of the righteous among the gentiles who will bring only good things to the nation dwelling in Zion.”

It should be noted that, despite his reputation for a palatial life, Der Heiliger Ruzhiner was known for his ascetic personal demeanor. A famous tale relates how one winter night, after standing outdoors to sanctify the New Moon wearing his solid-gold boots studded with diamonds, the Ruzhiner’s Hasidim noticed blood on the snow where he had been standing. They discovered that the extravagant boots had no soles, and so, when the Rebbe walked outside, he was actually barefoot. This is when people realized that the Rebbe’s lifestyle was meant solely for the sake of Heaven. 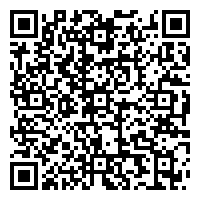