The Belz Hassidut Education Committee met on Monday with the director-general of the Education Ministry and top education officials in an attempt to formulate a unique model for the Belz Talmud Torah institutions that would be fully budgeted by the state and include core curriculum subjects such as Math and English, Reshet Bet radio reported on Wednesday.

Founded in the town of Belz in Western Ukraine in the early 19th century by Rabbi Shalom Rokeach, the first Belzer Rebbe, Belz is the second-largest Hassidut in Israel after Gur, and the proposed reform would involve some 7,000 children. To date, Belz institutions are absolved of the obligation to teach “secular” subjects. The reform would introduce a new status for these Talmudei Torah whereby they would be budgeted based on the number of non-Torah studies they integrate.

The current Belzer Rebbe, Rabbi Yissachar Dov Rokeach, has empowered his education committee to negotiate with the state adding three core curriculum subjects to the movement’s high school-age yeshivas: Math, English, and Ivrit (spoken Hebrew, as opposed to Leshon HaKodesh – DI). This represents a radical breaking away on the part of Belz from decades of a Haredi boycott on state-funded education.

MK Moshe Tur-Paz (Yesh Atid) who was involved in the talks between the Hassidim and the Education Ministry, told Reshet Bet he had been approached by Belz a year ago when he ran the Jerusalem municipality’s education system.

“They said they came to their decision over the need for earning a living and the need to finance their institutions, with the understanding that without core curriculum studies they would not be able to progress and their students would remain barred from the job market,” MK Tur-Paz said. “They asked for my help to forge an outline where they would introduce core studies, approach the education ministry, and create a mechanism whereby they would get budgeted according to the number of core studies they would let in.”

“The ministry’s management responded very positively to this approach and understood its potential,” He added.

“The goal is to launch it in the next school year,” MK Tur-Paz told Reshet Bet. “The Hassidut, led by the brave Rebbe, is saying that he who studies only Torah will continue in his world, but most students need to study science on an acceptable level, overcome the boycott against learning English, and understand that this would not harm their Haredi lifestyle.”

“The state would be in big trouble if it doesn’t respond positively,” he commented. “Today they are budgeted at about 40% of the budget for regular students. The state should accept the conditional budget plan.”

The process of introducing secular studies to Hassidic yeshivas that have fought them for so long will be complicated and involve multiple unexpected pitfalls, such as images of women and even girls which would have to be removed from the textbooks. There may also be problems in hiring teachers that fit the standards of the Belz institutions in terms of attire and behavior. But it’s well worth the investment: in a few decades, Haredi children will far outnumber modern Orthodox and non-religious children. When Israel’s population reaches a point where Haredim are near a majority, who will be the country’s taxpayers? 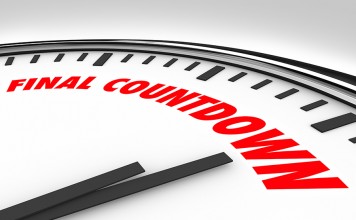