It appears that pushing into the limelight an esoteric, buffoonish, self-absorbed candidate so he would win the Republican presidential nomination — was the Democrats’ strategy from the start, their surefire way of propelling Hillary Clinton to the presidency.

“We need to be elevating the Pied Piper candidates so that they are leaders of the pack and tell the press to [take] them seriously,” states an April 7, 2015 email memo from the Democratic National Committee, exposed by Wikileaks. At the time, the “pied pipers” were Ted Cruz, Donald Trump, and Ben Carson.


If you were wondering how come Donald Trump received so much free media exposure for months and months, why every comic in North America used him for fodder, and why he was consequently able to knock off his rivals so effectively — part of it, of course, had to do with his bombast personality and on-screen shenanigans, but part of it was supported by the opposition.

Under the heading “Our Goals and Strategy,” the memo stresses that “the goal of a potential HRC campaign and the DNC would be one-in-the-same: to make whomever the Republicans nominate unpalatable to a majority of the electorate.”

“We don’t want to marginalize the more extreme candidates, but make them more ‘Pied Piper’ candidates who actually represent the mainstream of the Republican Party,” the memo recommends.

The memo outlines three strategies to make this happen: “1) Force all Republican candidates to lock themselves into extreme conservative positions that will hurt them in a general election; 2) Undermine any credibility/trust Republican presidential candidates have to make inroads to our coalition or independents; 3) Muddy the waters on any potential attack lodged against HRC.”

It was a sound strategy, which most of us believed had worked as we all entered election day 11/9. “Most of the more-established candidates will want to focus on building a winning general election coalition,” says the strategy memo, suggesting that “more will need to be done on certain candidates to undermine their credibility among our coalition (communities of color, millennials, women) and independent voters.”

But while pointing out just how “outrageous” Trump, Cruz and Carson are as choices for the presidency, they also had to be mainstreamed, to help them gain the GOP primary votes. “In this regard,” says the memo, “the goal here would be to show that they are just the same as every other GOP candidate: extremely conservative on these issues.”

The DNC’s purpose in pushing up the most extreme, outrageous GOP candidate had to do with the party’s fears regarding Hillary Clinton’s own shortcomings. An email from Mandy Grunwald, a media advisor for the Democratic Party, that was forwarded to John Podesta, sums up the results of a focus group and lists Clinton’s vulnerabilities. Here’s the abridged version:

“Out of Touch – Should we add that HRC hasn’t driven a car in thirty-five years?

“Cronyism, foreign governments, I would name some of the countries, particularly those in the Middle East.

“Wall Street. ‘When HRC recently spoke to bankers at Goldman Sachs, instead of holding them accountable for their activities that crashed the economy, she told them that banker bashing was foolish and had to stop.’

“Obama’s Third Term. I would add ‘We need a new direction.’

“Ineffective. ‘Clinton flew all over the world, but she can’t name a single major accomplishment she made as Secretary of State.'”

To be able to win with so many strikes against her, Clinton’s people felt she had to go up against a rival who would make a fool of himself and become the brunt of a million jokes. The strategy worked, winning Clinton the popular vote in 2016 – but not the election. 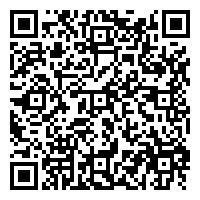