The House Ethics Committee in 2008 investigated Rep. Keith Ellison (D-Min), a practicing Muslim, for failing to disclose receiving funds from a Muslim-Brotherhood affiliated group to finance his 2008 pilgrimage to Mecca, the Washington Free Beacon reported Monday. Ellison is considered among the top finalists in the race to become the next chairman of the Democratic National Committee.

In 2008, the Muslim American Society paid $13,350 for Ellison’s 16-day haj (pilgrimage), on which he was joined by Asad Zaman, who sits on the MAS board. According to the Star Tribune, Ellison described the trip as a transformational personal experience, saying “I didn’t want to turn it into a politics thing.” But eight months or so later, Ellison faced a House Ethics Committee review of his concealing who financed his spiritual journey and how much it cost, seeing as it was considered a gift to a public official.


Ellison said he was not “privy to the internal workings of the organization” that paid to connect him with Allah. But Tax records show the Muslim American Society of Minnesota received close to $900,000 in taxpayer money in 2006 and 2007.

According to a 2004 Chicago Tribune article, Muslim American Society is another name for the US chapter of the Muslim Brotherhood. It was incorporated in Illinois in 1993 following “a contentious debate among Brotherhood members. Some wanted the Brotherhood to remain underground, while others thought a more public face would make the group more influential. Members from across the country drove to regional meeting sites to discuss the issue.”

According to Wikipedia, in November 2014, MAS was designated a terrorist organization by the United Arab Emirates.

MAS co-founder Jamal Balawi was listed among the “unindicted co-conspirators” in the trial of the Holy Land Foundation, which the US government designated as a terrorist organization, seized its assets, and closed it down. Following several years of trials, the founders of the organization were given sentences of between 15 and 65 years in prison for “funneling $12 million to Hamas.”

A former MAS Communications Director, Randall Royer, was arrested in 2003 by federal agents and charged of conspiring with Lashkar-i-Taibi (Army of the Righteous), a Pakistani Wahhabi terrorist group to engage in terrorist operations in Chechnya, Kashmir and elsewhere. Royer was a member of the “Virginia Jihad Network,” a network of jihadists centered in North Virginia, and he acknowledged supporting several members of that circle to access Lashkar-i-Taibi training camps.

Also, a significant number of advertisers in the MAS publication The American Muslim, which often contain references to suicide bombings as martyr operations, were later uncovered by the US authorities a being involved in terror financing: Global Relief Foundation, which had its assets frozen in 2002 for providing funding to al-Qaeda; Kind Hearts for Charitable Humanitarian Development, which the US authorities qualified has “the progeny of Holy Land Foundation and Global Relief Foundation, which attempted to mask their support for terrorism behind the façade of charitable giving;” and Islamic African Relief Agency, now Islamic American Relief Agency (IARA), which the US Treasury qualified as a specially designated global terrorist organization for its support of Osama bin Laden, al Qaeda, and the Taliban in 2004. 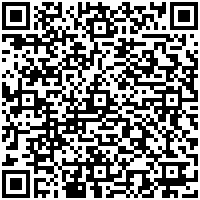