The Jerusalem Magistrate Court on Tuesday convicted the leader of the Shuvu Banim (Return boys) movement, Rabbi Eliezer Berland, 79, of two counts of indecent assault and one count of assault and sentenced him to 18 months in prison. The conviction follows a plea agreement in which Berland admitted to some of the charges against him in return for a reduced sentence. The time Berland spent in a South African prison will be deducted from his sentence.

In addition, Berland will pay $6,467 in compensations to the women whose complained against him was cited in his indictment, and the same amount to another woman whose complaint was not included.

Before his sentencing, Berland expressed his remorse before the judge, saying that according to Torah law he deserved to be burned and stones for his sins, but “today the times have changed and the punishments have become lighter.” Judge Yaron Mintkevich said he would honor the plea deal, but had it been up to him, in light of the severity of Berland’s crimes, he would have sentenced him separately on every single one of them.

Several women have reported that Rabbi Berland raped them, others complained of sexual harassment. In 2012, one of Berland’s students discovered him standing over a naked woman at home. Berland’s followers claimed the accusations had been made by the rabbi’s enemies.

Berland fled Israel once the first allegations had been made public, and sought temporary shelter in the US, Italy, Switzerland, and Morocco, where he stayed in Marrakech. In November 2013, Moroccan King Mohammed VI personally ordered Berland’s expulsion, following news report about the allegations against him.

Dutch police arrested Berland in September, as he was getting off a flight from Johannesburg to Amsterdam’s Schiphol Airport, but he fled and eventually landed back in South Africa.

A few dozen of Berland’s followers demonstrated outside the court on Tuesday and when their leader was being led out of the courtroom they blocked traffic and refused to let the patrol car with him in it leave. 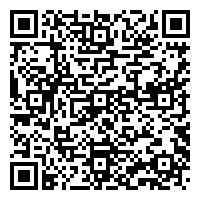