“We identified specific opportunities and needs in more than 20 countries around the world with which SIBAT has close ties,” Ben Baruch said, noting that Israel’s defense ministry is about to coordinate “a special effort to advance the exceptional capabilities of Israel’s cyber defense industries.”

According to Israel’s National Cyber Directorate (NCD), cyber-related exports in 2015 amounted to about $4 billion, close to $800 million higher than the 2014 figures, and second in scope globally only to the US. NCD is expecting to get very close to, if not exceed the $5 billion mark in 2016.

Such figures, he said, include all cyber-related exports, from commercial off-the-shelf and dual-use capabilities through sensitive military-end use products, services and technologies.

Ben Baruch would not reveal who those 20 plus countries are, but, according to DefenseNews, a defense ministry official whispered to the crowd, “Definitely not Russia.” 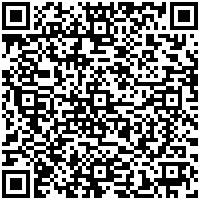