Dallas Woodhouse, executive director of the North Carolina Republican Party, called the incident “a horrific, horrific act of political terrorism,” in an interview with ABC News.


North Carolina is one of the swing states in the upcoming U.S. presidential election, and the race between GOP candidate Donald Trump and Democratic candidate Hillary Clinton is getting tighter by the minute.

Both candidates condemned the attack.

Spray painted on the side of the OCGOP when it was fire bombed "Nazi Republicans leave town or else" pic.twitter.com/gvduwIpjMw— NCGOP (@NCGOP) October 16, 2016

In addition to the Molotov cocktail that torched the headquarters, local authorities said in their statement, posted on the website of the town of Hillsborough, that the vandals had also left a message for the campaign workers.

Spray-painted on an adjacent building was a swastika, and the threat, “Nazi Republicans leave town or else.”

The building sustained heavy smoke damage and “some fire damage,” according to the most recent statement from local officials. “The flammable substance appears to have ignited inside the building, burned some furniture and damaged the building’s interior before going out on its own. No damage estimates are available at this time,” the statement said.

The Hillsborough Police Department said in a tweet that evidence was still being processed, but that local police was receiving help from ATF, FBI, SBI and the OCNC Sheriff.

“We’re so grateful that no one was hurt and that no buildings in the [nearby] complex were destroyed,” Hillsborough Mayor Tom Stevens said. “I have every confidence in the joint effort of our law enforcement agencies to find and prosecute the perpetrator of this reprehensible act.”

A tip line phone number “routed directly to voice mail” that “does not record callers’ phone numbers” was listed on the town’s website. 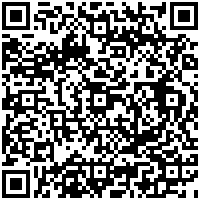