Security for United Nations Education, Scientific and Cultural Organization (UNESCO) chief Irina Bokov has been ramped up, after she received death threats over her blunt opposition to last week’s resolution erasing the historic Jewish link to Jerusalem.

According to a report broadcast on Israel Radio, “the director-general received death threats and her protection has been reinforced… These threats were made after her criticism” of the resolutions in which Israel was condemned for “violations” at Jewish holy sites and in which the holiest sites in Judaism are referred to solely by their Islamic names, describing them as holy only to Muslims.


Israeli Ambassador to UNESCO Carmel Shama Hacohen described the “appalling conduct” of the Arab countries involved in working on the drafts of the resolution during his interview with Israel Radio.

Hacohen was unsuccessful in convincing the UNESCO board to hold off on ratification of the resolution earlier in the day Monday.

Bokova opposed the motion for the resolution, saying, “Nowhere more than in Jerusalem, do Jewish, Christian and Muslim heritage and traditions share space.”

Nevertheless, the motion – submitted by the Palestinian Authority – passed in committee last week in Paris and was ratified Monday; it awaits validation by the UNESCO executive board on Tuesday.

Prime Minister Benjamin Netanyahu called the passage of the resolution, “theater of the absurd” and invited the members of UNESCO to take a trip to the Arch of Titus to refresh their knowledge of history and view for themselves the treasures of the Second Holy Temple of Jerusalem that were carted back to Rome after they were plundered from the Jewish holy site.

Bayit Yehudi Education Minister Naftali Bennett, who also serves as president of the Israel National Commission for UNESCO, followed Thursday’s passage of the resolution by suspending all professional cooperation with the international body.

Russia’s state-run Sputnik news site said the resolution “acknowledges Jerusalem to be a holy city for Muslims, Christians and Jewish people, but names the Temple Mount a Muslim holy site.” The site posted a piece on Friday (Oct. 14), saying the resolution was a “affront” to Jews, quoting Russian Chief Rabbi Berel Lazar.

“I must honestly and explicitly say: the latest UNESCO resolution on Jerusalem is an affront to the feelings of all religious Jews and completely undermines, in our eyes, the credibility of this organization,” Lazar said, as quoted in a news release.

Lazar added that UNESCO was failing in its educational function by failing to recognize the findings of archaeological excavations, which “indicate that Jerusalem for dozens of centuries has been the unquestioned spiritual center of Judaism.” The Rabbi also noted his dismay at the vote of the Russian delegation in UNESCO in favor of the resolution. 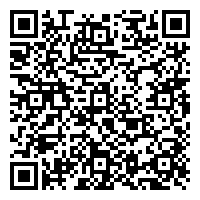