In a new interview, Richard Falk, the UN Human Rights Council’s permanent investigator on “Israel’s violations of international law,” explained the strategy of his “legitimacy war” against Israel—but complained that UN Watch “complicated my task.”

According to Falk, “extremely defamatory attacks by UN Watch”—which he described as “an ultra-Zionist, ultra-Israeli organization”—succeeded in getting him “attacked” by the American ambassadors in New York and Geneva, “and by the UN Secretary-General, actually, on a couple of occasions.”


Falk is upset that UN Watch exposed and got him condemned for supporting 9/11 conspiracy theories that deny terrorist responsibility, publishing an anti-Semitic cartoon, endorsing a pro-Hitler book, and blaming the Boston Marathon bombings on the U.S. and “Tel Aviv.”

“What is more disturbing than the (UN Watch) attacks themselves,” said Falk in an October interview, “is their resonance among those holding responsible positions in government and international institutions, as well as widely respected liberal organizations.”

“In my case, the UN Secretary General, the U.S. ambassadors at the UN in New York and Geneva, the British Prime Minister, and the Canadian Foreign Minister. Not one of these individuals bothered to check with me as to my response to the defamatory allegations or apparently took the trouble to check on whether there was a credible basis for such damaging personal attacks.”

“Even the liberal mainstream human rights powerhouse, Human Rights Watch, buckled under when pressured by UN Watch, invoking a long neglected technical rule to obtain my immediate removal from a committee, and then lacked the decency to explain that my removal was not ‘a dismissal’ when UN Watch claimed ‘victory,’ and proceeded to tell the UN and other bodies that if Human Rights Watch had expelled me, surely I should be expelled elsewhere.”

“I learned, somewhat bitterly, that HRW has feet of clay when it came to standing on principle in relation to someone like myself who has been the victim of repeated calumnies because of an effort to report honestly and accurately on Israeli violations of Palestinian rights.” 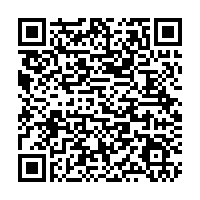