Armed robbers reportedly “dressed like Haredim” ripped off a Jewish jeweler in France before releasing toxic gas in the air.

Four men approached the jeweler near his Marseille shop on Wednesday morning, the news site La Depeche reported. Two of them were “dressed like haredis,” according to the French news agency AFP. Two wore masks, and at least one of the robbers was toting an AK-47 assault rifle.


The men kidnapped the jeweler, who was not named, and forced him to open his shop. After the robbery they released a gas that caused “skin irritation and breathing difficulties” to about 30 residents of nearby apartments, La Depeche reported.

Residents called the police to report the gas as the suspects drove away, taking the Jewish jeweler with them as a hostage. They left the jeweler unharmed inside the car on a freeway outside Marseille, took another car and drove away with the jewels. 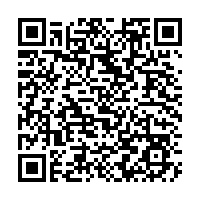