A resident of the southern Hevron Hills is in serious condition from injuries to the skull after an Arab rock-throwing terrorist hit him in the head shortly after midnight Saturday, forcing his car to overturn.

The victim’s wife and baby, who were traveling in the car on their way home, were not hurt.

The terrorist struck between Al Aroob and Carmei Tzur, immediately south of Gush Etzion and one of the favorite launching areas for Arab attacks on Jewish drivers. The IDF routinely stations jeeps in the area, but restraints on dealing with rock-throwers have hampered deterrence,

The victim was rushed to Hadassah Hospital and is undergoing surgery Sunday morning for internal bleeding and skull fractures.

Prayers are being said for the recovery of Yedayah ben Orna. 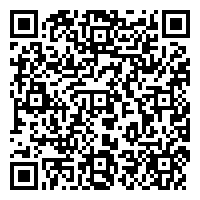