The Islamic State (ISIS) singled out U.S. journalist James Foley for beheading because his brother is in the U.S. Air Force, according to a French journalist who had been a hostage of the terrorist organization.

The killer’s British accent was clearly heard in a video that ISIS of the beheading, and the French journalist, Didier Francois, said that the murderer may have been the same man named “John” who remembered the accent and name when he was held for eight months before being released earlier this year.


Francois said in an interview on French radio that the terrorists searched through Foley’s computer and discovered pictures of his brother, who works for the U.S. Air Force, the London Independent reported.

That apparently spelled the death sentence for the American journalist

The United States, Britain and other countries are conducting a manhunt for “John,” suspected of being part of a three-man gang of British citizens known as “the Beatles” and who are in charge of Western hostages in Syria.

British intelligence estimates that nearly 500 British Muslims are in Syria.

Francois said he is not certain of the identity of the man who beheaded Foley, and said while it is too much to say is sure that he recognizes the murderer according to his voice and accent, “I see roughly who it is.”

The ISIS has threatened it will behead another American journalist, Steven Sotloff, if the United States does not fork over approximately the same $132 million I demanded to spare Foley’s life. 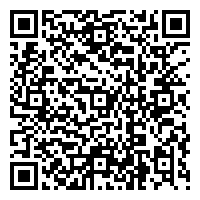