Roger Waters, of Pink Floyd fame, told HuffPost Live host Josh Zepps this week that he is now rethinking his call for a boycott of Israel.

Recently, presumably because of the musician’s views, the New York City 92nd Street Y announced the cancellation of his scheduled April 30th appearance.

That’s a lot of thinking for a rock musician, you must give him that.

Waters told HuffPost that he is being “very, very careful to avoid some kind of dramatic moment that could very easily blow up” and damage his ability influence things in the longer term.

Of course, in the nearby Gaza Strip there’s no peace at all, in fact, there’s been a whole lot of extra war after the occupation and the settlements all ended. But you can’t confuse this Pink Floyd ace with the facts.

Waters said that the strategic goal for the region “should be a solution of the Palestinian refugee problem, an end to the occupation, security and the right to lead a decent life for all the citizens of Israel, both the Jewish citizens and the Palestinian citizens.”

“That’s the goal that those of us who actually care about people are attempting to encourage,” he said.

So brave. So unabashed. But only to a point. Seeing as his bookings around the civilized world, where 60s geezers – his only remaining audience – won’t buy tickets if he continues his anti-Israeli boycott drive, well, Roger is willing to compromise. Meaning, he’ll take it back. 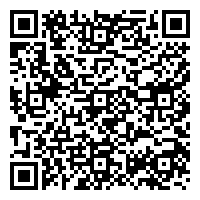