Russia and Egypt are set to sign a major arms deal that is of similar value to the amount of aid the US had been sending to Egypt until it froze much of it last month, according to a report in Makor Rishon. The deal is valued at 1.2 billion Euro (1.6 billion dollars).

According to the report, unlike US aid, the Russian deal explicitly has no strings attached, and Russia says it will not get involved in local Egyptian politics.


Furthermore, at the meeting held two days ago, Russia said they would also direct Russian tourists to the visit the Egyptian pyramids, a move that would strongly bolster the local tourism economy that thrives mostly on those visits. Tourism is one of Egypt’s most important industries.

Russian Foreign Minister Sergey Lavrov told General el-Sisi that Russia will support the Egyptian roadmap, respect the current [Egyptian] government, and have no intention of getting involved in the internal issues of another country.

He added that Russia is prepared to support Egypt in all areas to help restore the country. He described Egypt is a central partner in the Middle East with whom they have deep ties, and plan to deepen them further.

These statements are the exact opposite of those emanating from John Kerry and the US government, who have been placing conditions on continued US support for the current Egyptian government.

The Egyptian Foreign Minister was careful to point out that the new closeness between Egypt and Russia should not be viewed as coming at the expense of its relationship with the US.

Saudi Arabia has also pledged to match US aid to Egypt, as have some other Middle Eastern countries, making it unlikely that the US plan to reintroduce a radical Islamist democracy into Egypt unlikely. 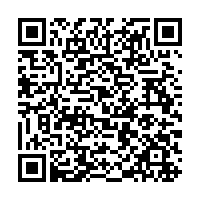