The Russian city of Rostov-on-Don has agreed to acknowledge the Jewish identity of Holocaust victims killed there by the Nazis.

The municipality’s Memorial Council last week announced its decision to revise a memorial plaque at the Zmievskaya Balka mass grave to mention the Jewish identity of the majority of the approximately 27,000 bodies buried there in 1942, the Russian Jewish Congress said.


The text will read: “The largest site of mass killings in the Russian Federation of Jews by the Nazi invaders during World War II.”

The revision is the result of a protracted legal fight by local and other Jews for recognition that started two years ago after officials in the southern Russian city replaced a 2004 plaque that mentioned Jews with one that did not.

The new plaque commemorates the “mass killing by the fascists of captured Soviet citizens.”

Russian Jewish Congress President Yuri Kanner told JTA that the second revision was “a wise decision by the city administration and a compromise which cools down the tensions around the largest Holocaust grave in Russia.”

In October, a Russian court rejected a petition by the Russian Jewish Congress seeking a return of the 2004 plaque. The Jewish group sued after city officials refused to revise the plaque they had placed.

Yuri Dombrovsky, chairman of the Russian Jewish Congress’ Holocaust Memorial Board, told JTA that the revision is a sign of progress in Holocaust commemoration efforts in the former Soviet Union.

“For many decades, under the communists’ rule, the state denied the Holocaust,” he said.

Dombrovsky also said that some Jews are not content with the new text since it does not contain the word Holocaust, but added he believed “it’s the only possible solution.”

Jewish Billionaire Mikhail Fridman Leaving Nothing to his Children 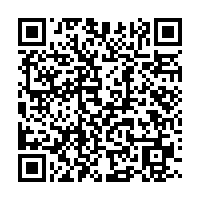