Home News & Views News Briefs Russian Theater Troupe Takes Residence at Stanton Street Shul
Share on Facebook
Tweet on Twitter
Photo Credit:
In September of 2012, the historic Stanton Street Shul opened its doors to The Russian Arts Theater & Studio, a non-profit theater company led by Artistic Director Aleksey Burago, a well-known theater director of Russian-Jewish background.
A graduate of Russian Academy of Theater Arts (GITIS), Aleksey studied under world famous theater director Peter Fomenko, and has since directed many shows to great critical acclaim in Moscow and St. Petersburgh.
In 2004, Aleksey began his work to create a New York theater company that would pass on the traditions of Stanislavski and Chekhov, and introduce some lesser-known Russian repertoire to American audiences.

Last year, his itinerant company of actors and designers were graciously given the second floor of the Stanton Street synagogue, where they could work undisturbed and present their next project: Dr. Chekhov’s Swan Song + Other Prescriptions, a hilarious collection of short stories based on the writings of Anton Chekhov.

The actors were thrilled to find themselves at last with a home that is both temple and oasis. A friendship quickly developed between the volunteers of the Stanton Street Shul and the artists behind the theater company. The dusty second floor was soon bustling with new energy as actors began to rehearse night and day, singing songs of Russian country life.


This is Stanton’s centennial year (it was founded back in 1913) and having an in house theatrical company seems absolutely in line with the shul’s view of itself as a kind of cultural center–on top of its religious function–to the Jews of the newer Lower East Side.

Of course, the Lower East Side has been home to many Russian-Jews and Yiddish theater, and it was against this backdrop that the famous Stella Adler had her first steps on stage.

Now, as The Russian Arts Theater & Studio prepares for a four-week run of the beloved short stories of Anton Chekhov, they face the exciting challenge of transforming this one-hundred year old synagogue into a Chekhovian world. Previously presented at sold-out theaters, Aleksey Burago returns with his signature staging of Anton Chekhov:

An aging actor wakes up alone inside a theater and begins to recall the past, confusing memories with beautiful hallucinations. A dream play, this animated and eccentric show includes hilarious stories such as Death of the Government Clerk, Fat and Thin, A Chorus Girl, Surgery, A Little Joke, Daughter of Albion,  and Confessions.

For more information on the show, please visit Russiantheater.org.

Dr. Chekhov’s Swan Song + Other Prescriptions runs from February 26th to March 23rd. Performances are in English with bits in Russian.

The Lord Shall Fight for You, and Ye Shall Shut Up 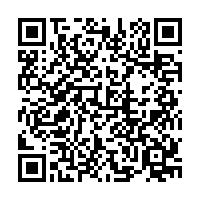