On Tuesday morning, at a rally in Portsmouth, NH, Bernie Sanders officially endorsed Hillary Clinton for president. It was their first joint appearance, just two weeks before the Democratic National Convention.

“Today, I am so honored that Senator Sanders is joining me on the campaign trail and is ready to take on Trump and the GOP,” Clinton said in an email Tuesday, asking supporters to “stand with Senator Sanders and me.” So many showed up to see the deed getting done already.


“Secretary Clinton has won the Democratic nominating process, and I congratulate her for that. She will be the Democratic nominee for president and I intend to do everything I can to make certain she will be the next president of the United States,” Sanders said, adding, “I have come here to make it as clear as possible why I am endorsing Hillary Clinton and why she must become our next president.”

Sanders said Clinton is “far and away the best candidate” to care for “the needs of the American people … [and] the very serious crises that we face.” He called presumptive GOP nominee Donald Trump a step in the wrong direction for America.

At the rally, Clinton said, “With your help, we’re joining forces to defeat Donald Trump, win in November, and build a future we can all believe in,” Mrs. Clinton said. “Thank you, thank you Bernie for your endorsement, but more than that, thank you for your lifetime of fighting injustice. I am proud to be fighting alongside you because, my friends, this is a time for all of us to stand together.” 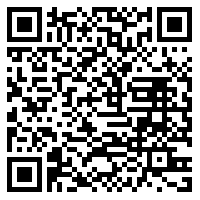