Israeli Ambassador to the United Nations Danny Danon warned the UN Security Council at a special meeting Tuesday that Lebanon’s Hezbollah guerrilla terrorist group is aiming some 120,000 missiles at Israeli cities; a number far higher than the 7,000 rockets the group had in 2006.

In fact, Danon produced evidence that supported his claim that Hezbollah possesses more missiles in its underground arsenal than the entire European membership of NATO together maintain above ground.


Worse, perhaps, is the fact that the group has built many of its bases next to children’s schools — a human-shield tactic used by Hamas terrorists in Gaza.

At the meeting, which was held to discuss the situation in the Middle East, Danon shared new intelligence which included aerial imagery of a village that had been transformed into a terrorist base.

“The village of Shakra in southern Lebanon has become a terrorist stronghold,” Danon told the Council. “One in every three buildings there is being used for terrorist infrastructure which includes launching pads for missiles, weapons caches and more.

“Nor has Hezbollah stopped here; it chose to situate its bases next to schools and other public structures. And in so doing, it has endangered innocent civilians,” he said.

Weapons are also being stored in civilian areas, according to IDF soldiers who spoke with the BBC. “Every mission that I’ve been on personally has been observing Hezbollah operations in a heavily populated area,” a soldier told the UK-based media outlet. “In a house with a family living in it, or in a house next door or behind it.” “It is the responsibility of the UN Security Council to evict Hezbollah from southern Lebanon,” Danon emphasized.

The IDF pointed out in an article published Tuesday on its English-language blog that Hezbollah has joined Iran in working to destablize the entire Middle East, with footholds around the world. “This Shi’ite militia from Southern Lebanon has grown into a sizable international threat,” according to Israel’s military analysts.

Hezbollah trains, funds and fights alongside armies and militias that promote Iranian interests and ideologies, exacerbating conflicts not only throughout the Middle East, but also by exporting chaos well beyond their borders.

Former national security adviser IDF General (ret.)Yaakov Amidror told the BBC on Tuesday that Hezbollah’s firepower is magnified more than ten-fold over what it was before the 2006 Second Lebanon War.

“Now they have more than 120,000 rockets and missiles,” Amidror said. “It’s a huge number that you don’t find in any country in Europe, for example. When you see all these efforts, you ask yourself one question: what for?” 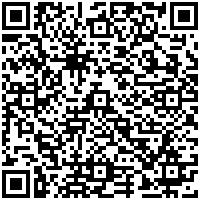