Archaeologists have discovered a First Temple-era seal with the name of King Hezekiah, who ruled Judea at the time.

Hebrew University Dr. Eliot Mazer, who leads the ongoing excavations at the Old City site, said that the half-inch long seal, or “bulla,” is the “closest as ever that we can get to something that was most likely held by King Hezekiah himself.,” who ruled in the 8th century BCE.


The inscription on the bulla, one of several that have been found in the past several years, reads:

The seal was embellished with motifs from Egyptian culture and was used to seal a scroll, indicating that King Hezekiah had signed the document.

He is best known today as for excavating the water channel from Silwan water springs to the Old City, an engineering feat.

King Hezekiah dug the tunnel after the invasion by the Assyrian empire.

The Bible records in 2 Kings 18:5 notes his historical significance:

After him was none like him among all the kings of Judah, nor any that were before him. 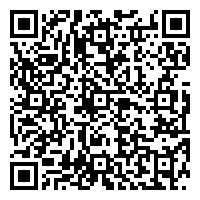