United Nations Secretary-General Ban Ki-moon has requested a special closed-door emergency session with the UN Security Council at 10 pm Israel time Wednesday night to brief world leaders on the “violence between Israelis and Palestinians,” as he described it to reporters in Jerusalem.

The UN leader made his request Wednesday morning by video-conference from the Palestinian Authority capital city of Ramallah.


Ban arrived in Israel on a surprise visit to the region, warning of an escalation “into a religious conflict with potential regional implications.”

He told reporters in Jerusalem on Tuesday, “Security measures can be counterproductive if they are applied without special efforts to defuse the situation before people lose their lives.

“My visit reflects the sense of global alarm at the dangerous escalation in violence between Israelis and Palestinians,” Ban declared. “I am here to encourage and support all efforts to lower tensions and prevent the situation from spinning out of control.”

The UN chief expressed his condolences to the families and loved ones of all the victims of the hostilities and terrorist attacks. “No society should have to live in fear,” he said. “No society can afford to see its youth suffer in hopelessness.”

Ban said that ‘if action is not taken fast’ the dynamics on the ground may only get worse, “with serious repercussions in and beyond Israel and Palestine.”

“It is not too late to avoid a broader crisis,” he said. “In my meetings today and tomorrow with the Israeli and Palestinian leadership, I will be appealing to all to take concerted steps to limit new incidents on both sides. Violence only begets violence.”

He said that extremists on either side, or those who think violence is the answer, must not be allowed to further fuel the conflict.

“Beyond the immediate tensions, what is missing is the resolve to restore a political horizon for talks, and a political process that delivers real results and hope,” Ban said. “Violence only undermines the legitimate Palestinian aspirations for statehood and the longing of Israelis for security.”

Underlining that “the status quo is only making things worse,” the Secretary-General stated that ‘this conflict has gone on for far too long.’

“We must, for the future of our children, turn back from this dangerous abyss, safeguard the two-state solution and lead people back onto the road towards peace,” he urged, adding that the UN, and himself as Secretary-General, will ‘continue to support all efforts to create the conditions for a return to meaningful negotiations and a just and lasting peace.’

During his day in Israel, Ban met with Prime Minister Benjamin Netanyahu and President Reuven Rivlin. He told the prime minister he understands the duty weighing on him to ensure that his citizens can enjoy safety and security. He also urged Israel to guard against violent incidents, and to conduct thorough investigations when necessary.

“Mr. Prime Minister, the security challenges your government is currently facing raise many complicated dilemmas and may require tightening of security measures,” the UN chief said in a news conference.

“However, security measures can be counterproductive if they are applied without special efforts to defuse situations before people lose their lives. If the use of force is not properly calibrated, it may breed the very frustrations and anxieties, from which violence tends to erupt,” he said.

Arab leaders have accused Israel of “excessive force” used in the response to the savage terror attacks carried out by suicidal young Arabs who are intent on becoming the latest movie star martyr to be featured on Arab TV.

A young teenage Arab girl who disappeared from her home in southern Israel this week happily sent SMS texts to her friends a few days ago that soon “they will see me on TV.” 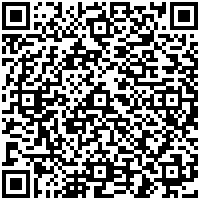