A Senate Homeland Security and Governmental Affairs subcommittee has launched a bipartisan investigation into funding by the OneVoice Movement—a Washington-based group that received $350,000 from the State Department—the Israeli Victory 15 campaign, which seeks to “replace the government” of Israel, Fox News reported Saturday.

Democrats in the subcommittee, which has subpoena powers include Senators Claire McCaskill of Missouri, Jon Tester of Montana, Tammy Baldwin of Wisconsin, and Heidi Heitkamp of North Dakota.

Republican subcommittee members, who form the majority, are Senators John McCain of Arizona, Rand Paul of Kentucky, James Lankford of Oklahoma, Kelly Ayotte of New Hampshire, and Ben Sasse of Nebraska, in addition to Portman.

Fox News cited a source involved in the effort to find a two-state solution to the Israeli-Palestinian conflict, which said: “It’s confirmed that there is a bipartisan Permanent Subcommittee inquiry into OneVoice’s funding of V15.”

The report emphasizes that both Democratic and Republican members of the Senate Permanent Subcommittee on Investigations have launched the investigation.

Last week, Netanyahu told Israel’s Channel Two TV that foreign governments were behind the “Anyone But Bibi” campaign.

OneVoice spokesman Payton Knopf told Fox News that “OneVoice is eager to cooperate with any inquiry, and after a fair examination, we are confident no wrong doing will be found.”

Because of its tax-exempt status, OneVoice is legally prohibited to campaign against Netanyahu directly.

According to NGO Monitor, One Voice is the “legal-organizational channel” for Victory 2015 (V15), a campaign seeking to defeat Prime Minister Benjamin Netanyahu in the 2015 March elections.

The NGO Monitor website quotes OneVoice Israel’s Executive Director Polly Bronstein as saying: “We believe that it’s critical that the majority of Israelis who are concerned about the numerous security and socio-economic challenges we face have their voices heard in the next election. We need a prime minister and a government who will be responsive to the people.”

The NGO Monitor website claims V15 posted a statement on its website saying: “Among those that donated are Daniel Lubetzky, Alon Kastiel, Uri Weiss and S. Daniel Abraham. Some organizations also donated, among them OneVoice.”

According to FoxNews.com, in its 2014 Annual Report One Voice said its Israel branch would be “embarking on a groundbreaking campaign around the Israeli elections.” In partnering with V15, the two groups have operated from adjacent offices in Tel Aviv.

The State Department has denied that its funds were used for election campaign activities. 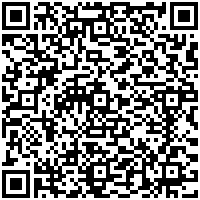