The US Congress is about to pass the Holocaust Expropriated Art Recovery Act of 2016, enabling heirs of Holocaust victims to recover art that was looted by the Nazis, The Art Newspaper reported. the House of Representatives approved the bill unanimously Dec. 7. Now the Senate needs to vote on it before the end of the last 2016 legislative session. It is expected the Senate be near-unanimously in favor of the new law.

The law allows the heirs six years to sue in US court from the day they become aware of the existence and location of the looted object. It will standardize the statutes of limitations on claims in all states.


Actress Helen Mirren testified before the US Senate Judiciary Committee in June in favor of the bill, having starred in the film Woman in Gold, in the role of Maria Altmann, the heir of wealthy Austrian Jews whose property was stolen by the Nazis, including the famous Gustav Klimt painting of her aunt Adele Bloch-Bauer, Woman in Gold. Altman sued in the US and eventually recovered the work from the Vienna Belvedere Museum in 2006.

Meanwhile, the Vienna Philharmonic Orchestra will return Port en Bessin (1883), a painting by French neo-impressionist Paul Signac, valued at half a million dollars, to the heirs of the former owner Marcel Koch. According to Österreichischer Rundfunk, the Austrian national public service broadcaster, the work was gifted to the orchestra in 1940 by the head of the secret police Roman Loos, in exchange for requested performances. 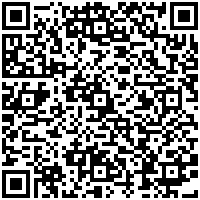