UPDATE: The six minors were released from the Ariel police station without conditions, because Police were unable to show evidence to their claim the minors threw stones at Arabs cars. According Honenu, police officers warned the minors to remain away from Amona, even though there have not been charged, let alone convicted of disorderly behavior. According to Honenu, the minors were most likely reported to police by military observers who suspected them of planning to throw stones.

Six minors were arrested overnight Thursday near the Samaria Division circle (IDF Training Camp 3) on suspicion of throwing stones at Arab vehicles as part of the protest against the coming evacuation of Amona, Honenu legal aid society reported. The minors have denied the charges.


One of the minors is only 14. None of them has a criminal record.

Honenu attorney Nati Rom who arrived at the local police station to represent the minors reported that they were arrested around 1:30 AM and have yet to be questioned. Also, they have not been provided with proper sleeping arrangements.

“The minors are denying the charges,” Rom said. “There is no vehicle that corresponds to the claim about stone throwing; it appears that anxiety about the Amona protests is leading police to carry out false arrests.” 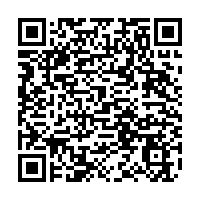