A terrorist stabbing attack was averted on Wednesday when alert Israeli forces serving at “Rachel’s checkpoint” became suspicious of one of the Arab residents in the area who asked to pass through and into the area.

The man aroused the suspicions of the soldiers with his behavior, and was taken aside for a body search by police.

The suspect was placed under arrest and subsequently transferred to security personnel for interrogation. 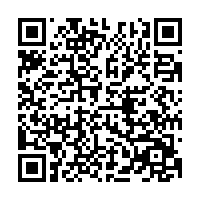