Iran’s Supreme Leader Ayatollah Seyed Ali Khamenei supposedly met with environmental activists in Tehran on Sunday, two days after he was hospitalized and hours after social media chatter said he is dead.

“Frequent news about the death of Ali Khamenei, Supreme Leader of Iran, the Persian State might be a serious historical change doors,” tweeted Gamal Sultan, a Cairo-based journalist for Rassd News.


The claim by the regime’s propaganda organ Fars News Agency of his supposed attendance in public was not accompanied by any photograph or quotes, another indication that the paranoid propaganda machine is keeping a gag order on his reported death until it feels dissidents won’t exploit a power vacuum.

The public meeting that was held in the national Week of Natural Resources was particularly important as it put an end to Israeli driven rumors in the social media and a number of western websites in the last three days that alleged the Iranian leader has been hospitalized due to critical health conditions.

Some western media outlets pushed the rumor so much that they claimed that Tehran would soon announce the leader’s demise.

But it was Iranian media that reported on Friday he had been hospitalized, and if he had been released, Fars certainly would have headlined it.

Furthermore, Khamenei’s “public meeting’ supposedly with environmentalist activists, is not an event that deserves headiness in Iran.

The Jewish Press reported here on Friday that Khamenei was critically ill from a stage four cancer condition.

Khamenei has ruled for 26 years and has led a regime based on strict Islamic law. He was behind the brutal suppression of the protest movement in 2009, which resulted in the deaths and disappearance of thousands of demonstrators, and the murders of American soldiers in Lebanon in the 1980s.

It is hard to ignore the timing of Khamenei’s hospitalization and reported death with Purim and talks on an agreement on Iran’s nuclear development.

His critical condition – or death – will make it difficult for the Islamic Republic to reach an agreement with the P5+1 powers by the end of the month.

Khamenei has called the shots, and a power vacuum leaves all of the little power mongers clawing at each other to replace him. If there is not an immediate replacement, it might give a green light to dissidents to come out of the woodwork and demand an end to the Islamic regime. 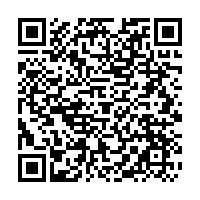