Couldn’t happen to a nicer man on a nicer date: on Purim, the Jewish holiday commemorating an Iranian (OK, they still called themselves Persians back then) plot to annihilate the Jews, Iranian Supreme Leader Ayatollah Ali Khamenei has been reportedly hospitalized in critical condition as of Wednesday.

The website Israel Hayom, citing Arab sources, reported that Khamenei, 76 was rushed to hospital in Tehran after some of his systems had begun to collapse.

The Ayatollah suffers from severe prostate cancer which spread to all over his body, which kept him away from public events.

On Saturday, the French daily Le Figaro reported on Saturday, citing intelligence sources, that Khamenei would likely live only two more years. Apparently, his prostate cancer had reached stage four and started to spread to the rest of his body. He was admitted to hospital last September for cancer treatment.

Shortly after he was admitted to hospital last year, Iran’s former Intelligence Minister Ghorbanali Dari Najaf Abadi said in a public speech: “In any case, we have to start thinking about the era after him (Khamenei),” Rudaw reported.

Khamenei’s official website, which lists all his official events, was last updated February 18, 2015, with the Supreme Leader’s Speech in Meeting with Air Force Commanders and Personnel. His Tweeter account, quoted so lavishly by PM Netanyahu on Tuesday, has not been updated in several days.

Buy flowers? Is that a Shiite thing?

An interesting Purim tidbit: On Purim 1953, Soviet dictator Joseph Stalin died in the midst of the infamous “Doctors’ Trial” that accused Jewish doctors of treason against the USSR, where a conviction would have resulted in the mass executions of Jews. 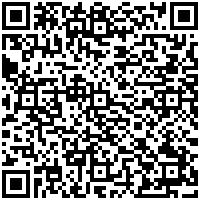