A recent remark buried in the business section of the Wall Street Journal that the New York-based Macy’s department store was no longer going to be stocking SodaStream set keyboards aclacking.

WHAT? Macy’s was caving to the anti-Israel scaremongering BDSers? When some tried to claim Macy’s decision as a victory, the pro-Israel folks reacted.


But the truth, as we currently can make out, is that Macy’s decision had nothing to do with politics and likely was exclusively a business decision based on market demand.

The folks at the lengthily-named “Bullying Is Not The Answer” site put on their Sherlock Holmes’ cap and sleuthed it out.

What BINTA found is that the crowing BDS sites all linked back to a three week old Wall Street Journal article about something else entirely, in which one sentence mentions SodaStream. Here’s that part:

“Jim Charnier, an analyst at Monness Crespi Hardt, said he had been expecting a poor quarter because he learned early in September that Macy’s Inc had stopped carrying SodaStream and saw other negative figures from the market… Macy’s did not immediately return requests for comment.”

While apparently no one was successful at getting Macy’s to respond, BINTA noticed something which should have silenced the crows, and lifted the fury being directed at Macy’s by the pro-Israel community.

BINTA saw that Macy’s was still promoting another Israeli product which the BDS crowd includes in its targets: Ahava. And Ahava has been in the bulls’ eye of Israel haters for even longer than SodaStream has been around.

Here’s some more useful information and a suggestion from BINTA:

trade with Israel has actually increased significantly since the summer. BDS targets like Lady Gaga, Scarlett Johansson and Neil Young are having some of their most successful years ever. It is high time we stopped rewarding bullying organizations such as the BDS movement by attributing every negative development to their efforts. Their impact on the bottom lines of celebrities and businesses who work in or with Israel has thus far never been proven.

However, if you are TRULY concerned about the health of a business or celebrity that has been targeted by the BDS bullies, you should head over to our Buycott page and show your support with a purchase of one of their products! Rather than lamenting their false success, contribute to their very real failure and show them that bullying is NOT the answer.

And here’s some more good news for SodaStream. As revealed in a recent article in The Jewish Press, Pepsi seems to think that SodaStream may be the product to help it beat out Coca-Cola. 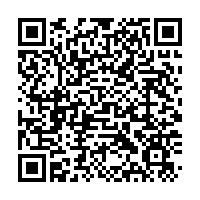