At an emotional ceremony in Warsaw, Poland today (Tuesday, Oct. 28), Israeli President Reuven Rivlin inaugurated the Museum of the History of Polish Jews together with his counterpart, Poland’s President Bronislaw Komorowski.

It was at Komorowski’s invitation that Rivlin participated in the opening of the museum, which spans the history of the Jews of Poland throughout one thousand years of the community’s life in the country.


The president also laid a wreath in memory of the heroes of the Warsaw Ghetto Uprising on the street at the entrance to the museum.

“I do not stand here today as an individual, but rather as the representative of an entire nation,” Rivlin said in his speech, “a nation whose collective journey delves deep into the foundations of Jewish and human existence and into the depths of evil.

“As a Jew, even if you were not born in Poland, the very name, Poland, gives rise to a shuddering in your body and a longing in your heart. This country was breeding ground for the soul of the Jewish nation, and unfortunately, also grounds to the largest Jewish cemetery.

“Here the Jewish town, the shtetl, was born and here it died, converged unto itself in ghettos until it was ultimately murdered by the Nazis.

“Jews fought here as soldiers carrying weapons in the King’s army, decorated heroes of the Polish Army; and here too they marched to their deaths wearing yellow Stars of David, raising the banner of revolt of the Warsaw Ghetto… We can never think of Poland with equanimity. “Even if the Jews were disconnected from Poland it is difficult to impossible to disconnect Poland from the Jews. A history so rich, so full and so painful cannot be erased.

“Jewish history did not begin in Warsaw, and doesn’t end at Auschwitz. Auschwitz is its horrible pit, a horror of humanity, but the Jewish journey does not start there, just as it does not end there.

“The Jewish journey begins in the Land of Israel and it is there that we always strive to return to, against all odds and restrictions.

“We forever remain aware of the danger,” he added. We build our future with eyes wide open and alert. We do not belittle threats. The Holocaust continues to serve as a warning sign against non-banal evil. Nevertheless, the horrors of the past and the threats of the present will not dictate our lives nor shape the lives of our children, and won’t dim the hope for a creative and prosperous future.

In my country, we have a bright red floor called ‘blood of the Maccabees.’ Legend has it that wherever a freedom fighter for Israel fell, a flower grew, red as his blood. Even in the world of Nazi evil, flowers continued to bloom. Among the ruins and rubble through the evil of hatred, betrayal and destruction, flowers bloomed.

These flowers are the Righteous Among the Nations, human freedom fighters who wrote a chapter on human dignity in the shared history of the nations. In Poland, they say, many such flowers bloomed.

“I cannot conclude without thanking all those who didn’t stand aloof, who saved lives that are worlds unto their own,” the president added, praising the Righteous Among the Nations, gentiles who saved Jews from the Nazi murderers.

“Thank you for your courage. You have a large warm family in Israel: grandparents, parents, grandchildren and great-grandchildren, who owe you their lives.” 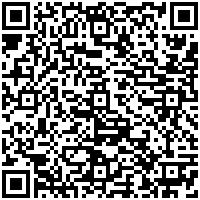