The Tel Aviv District Court in one swoop has threatened Prime Minister Binyamin Netanyahu’s ability to carry out concessions to the Palestinian Authority, meaning U.S. Secretary of State John Kerry, and also has made him vulnerable to a rebellion within his Likud party.

The ruling, virtually unnoticed or underplayed by most Israeli media, overthrows an internal Likud court decision that decreed that the head of the party’s Central Committee has the power to convene the committee on police issues, a power that Netanyahu wants only for himself.


The head of the committee happens to be one of Netanyahu’s’ most nationalist Knesset Members, Deputy Defense Minister Danny Danon.

After the internal Likud court overruled the Likud law committee’s decision backing Danon, he appealed to the Tel Aviv court and won his case on Monday. However, Prime Minister Netanyahu is not accepting defeat and will appeal to the Supreme Court.

That will be an interesting show. On the one hand, the High Court has a long history of ruling for democracy, in this case the claim by Danon and supported by the Tel Aviv court that Netanyahu is trying to take totalitarian control of the party.

On the other hand, if the High Court, which historically loves Peace Now and hates nationalists, upholds Danon’s claim, it could put in jeopardy Kerry’s juggernaut that has trampled over the Prime Minister. Netanyahu so far has refused to say “no” for fear of being blamed for standing up against President Barack Obama and wrecking his plan to pronounce instant peace in the Middle East with the creation of a new Palestinian Authority state within Israel’s own borders.

If Danon can convene the Central Committee on issues that Netanyahu wants to decide for himself, such as paving the way for expelling more than 150,000 Jews from Judea and Samaria, dividing Jerusalem and allowing NATO troops to protect Israel from Palestinian Authority terrorists, he could very well win the day and bury Kerry’s blind drive to rub Israel’s nose in the sand at Mahmoud Abbas’ feet.

The only obstacle to a full-scale rebellion within the Likud party is Netanyahu’s power to fire any Cabinet minister and deputy minister who gets in his way. The list is getting longer every day, including Danon, Tzipi Hotovely, Ze’ev Elkin, Yuval Steinitz and Miri Regev, among others.

If the Supreme Court does not change the lower court decision, Prime Minister Netanyahu can easily climb down from his limb, which is getting longer every day and where he is hanging much lonelier than ever, and tell President Obama that “democracy is democracy,” and, “Tough luck, pal.”

If the Likud committee votes its conscience and squashes proposed concessions, and if Prime Minister Netanyahu insists on walking on his knees with Washington, he could face political oblivion.

In 2005, the Liked Central committee voted overwhelmingly against a policy of expelling Jews from Gaza. When Sharon nevertheless tried to get his way in the Knesset Likud, formed the Kadima party and brought along most of the former Likud MKs who wanted their seats of power more than a clean conscience.

Netanyahu, who did not join the parade, does not have the clout that Sharon had.

But having to swallow the dictates of the party Central Committee would leave him with less power.

Couldn’t happen to a nicer guy. 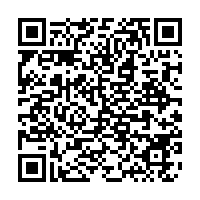