A soldier of the Netzach Yehuda Battalion who last Friday shot dead an Arab youth at the IDF post in Silwad near Ofra, is suspected of negligent homicide and was interrogated on Sunday by Military Police. His interrogation is expected to continue over the next few days, but he is not being detained.

The soldier told the MPs that he felt that his life was in danger after seeing the unarmed Arab running suspiciously at the IDF force in the pillbox post and not responding to calls to halt.

Arab media on Sunday cited Arab medical officials who claimed that Iyad Zakariya Hamed, 38, was shot in the back. The officials also reportedly said Hamed was mentally disabled and was receiving psychiatric treatment.

The IDF so far maintains that the Arab man was running in the direction of the military post when the soldier opened fire. According to Army Radio, the man did not obey the soldiers’ repeated orders to halt, nor their warning shots, and was finally shot while in mid-running toward the post.

Capt Lior Ayyash who represents the soldier for the Military Defense, issued a statement Monday morning saying “the soldier carried out his duties in keeping with military orders, in light of the suspicious behavior of the Palestinian and the risk it posed. The soldier, an experienced and valued warrior, is returning to full service with his unit.”

Teen Shot with Bullet Near Kotel 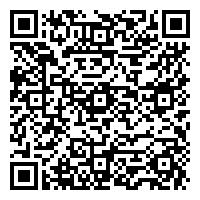