For religious Jewish kids growing up in America, Topps’ Bazooka bubble gum was the ultimate forbidden candy, along with the Topps’ bubble gum that was packaged along with the Topps’ baseball cards (you bought it for the baseball cards, right?). In Israel, Elite sold the gum with a standard kashrut certification and many a package of Elite Bazooka gum was shipped to America over the years.

Only recently did the Israeli ultra-Orthodox kashrut service of the “Badatz” (Hebrew acronym for Court of Justice) award the Elite Bazooka gum with a Mehadrin certification, classified as “Megadim” which is a fancy biblical word for sweets. But upgrading the certification from standard kosher to ultra kosher apparently hasn’t helped a few among the Israeli ultra-Orthodox reverse their attitudes. Yael Kliger, writing for Kikar Hashabbat, in a piece titled “Kosher but Smelly,” said she just cannot accept this chewy product, which she had been taught was made from pig’s fat.


Even the American Bazooka, which has been kosher certified for years now, was unacceptable to Israeli Haredim. “It was the treif of treifs, darkness within darkness,” Kliger recalls. The comic strip inside the gum wrapper was sought by her and her peers “to try to read the joke, often feeling bad and sinful for stupidly daring to touch the powdery wrapper of the treif gum.”

Ask any middle aged ultra-Orthodox man or woman, Kliger wrote, “they all remember some drama or horror story related to this product. Someone wrote that he remembers his grade school rabbi taking a lighter, igniting the gum in front of the students, and telling them that the dripping red liquid was the blood of the ‘other thing’ from the gum.”

“And now, unanimously it’s been decided bazooka is in?” Kliger argues that the Badatz, known for its assaults not only against unreliable kosher certifications, but also against smartphones, publications, all the many elements that they deem not to belong in an honorable Jewish home, now, for the money they received from the Elite candy maker, they see fit to reverse decades of group behavior?

There are many opinions on the reason for singling out the Bazooka as treif in the Haredi community in Israel, and to some extent abroad—as many views as there are talkback comments on Kliger’s article. Some believe it had to do with the fact that the Bazooka gum presented a challenge in terms of control — it’s so easy to grab and stuff in your mouth, so the rabbis had to put the fear of God in kids’ hearts. Others suggest it came down to the comics and the jokes — rabbis don’t like their kids reading jokes without a measure of control.

One talkbacker said the kashrut certification is meaningless, because of the halachic concept of “minhag hamakom,” the local practice. If it’s been forbidden, it should stay so.

In fact, Kliger was calling on the Badatz to demand some changes in the product, so it wouldn’t appear as if what has been so decidedly treif for so long is suddenly permissible. Like Mad Magazine and Cracked.

The Israeli Bazooka jokes, by the way, are even less amusing than the original, and are often plagued by bad translation from the English. Shahar Ilan, who reported on the new Haredi certification in Ha’aretz, used as an illustration a Bazooka comic strip in which a waiter serves Bazooka Joe soup, and the latter complains that it has “ta’am matzhik” which in Hebrew means “hilarious taste,” to which the waiter retorts: “So why aren’t you smiling?” — leaving the Hebrew reader scratching their head wondering why the soup was so hilarious. 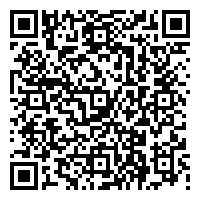