In his letter to the Attorney General, Edelstein said, “On June 22, 2016 a meeting was held in my office with the Police Commissioner and the head of the Police Investigations and Intelligence Department regarding the police document that was prepared in 2014 and which summarizes criminal and intelligence information on Knesset members who served at the time. During the meeting I noted the sensitivity (of the matter) and the problematic situation that was created due to the fact that the existence of such a document had been leaked, because it allegedly casts a cloud over all Knesset members, and creates a feeling in the public as if dozens of Knesset members are suspected of criminal acts.”


“I also stressed the importance of publishing an official clarification as soon as possible, to the public and the Knesset members, regarding the list from 2014 and its relevancy, as much as it remains relevant today, so that on the one hand the public will be able to rest assured that Israel Police is doing its job faithfully and is investigating Knesset members when necessary, while on the other hand Knesset members will be certain that police are not holding information against them which could be revealed at some point down the line and hurt their work or chances of obtaining a certain position,” the letter reads.

“In response to my comments, the police commissioner said they were aware of the sensitivity (of the matter) and the harm caused to Knesset members and the Knesset by the reports, and that the list had been submitted for your examination so that an official clarification regarding this list could be released soon,” Speaker Edelstein told Mandelblit.

Edelstein stressed the urgency of concluding the examination and releasing the clarification “in order to minimize the damage caused by the continued reports about the list and by leaving them in the public and media environment without a clarification or official statement from the authorized elements.”

Meanwhile, Police Commissioner Roni Alsheikh appeared before the Knesset’s Internal Affairs Committee on Wednesday and justified the document. “It was drafted so that it wouldn’t turn out later that there was something we should have reported to the State Prosecutor and Attorney General and for some reason it got stuck and did not surface [to be reviewed by] a person with authority.”

Israel’s Channel 10 News revealed last month the existence of a document nicknamed “The Yitzhaki Report” that was compiled under order of the head of the police investigations unit Maj. Gen. Meni (Menachem) Yitzhaki.

During the Knesset committee meeting, Yitzhaki told the Internal Affairs Committee that the document was written in order to comply with the attorney general`s guidelines.

Committee Chairman MK David Amsalem (Likud) said: “The head of Investigations and Intelligence Branch has power by virtue of his position. Power corrupts, and great power corrupts more. Therefore, he must act with caution.”

“I read that 80 percent of police officers use internal information for their own personal needs. It is obvious that there is information being used by people who do not have the authority to do so,” MK Amsalem added. “Something terrible is happening here. Is the information only on Knesset members? Perhaps there is information about the commissioner? Maybe there are summaries on major generals in the police force? Or on judges and journalists? I don’t think Yitzhaki acted maliciously, but there is always potential for wrongful use.” 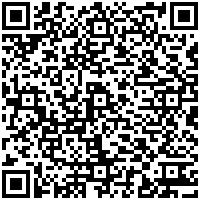