Hundreds gathered at Jerusalem’s Mt. Herzl military cemetery Wednesday afternoon to honor Israel’s victims of terror, those inadvertent “combatants” who never had a choice in their “deployment.”

Some had actually been soldiers at one point and were likely to serve as reservists. One of those was 26-year-old Alon Bakal, a member of an elite unit of the Golani Brigade during his IDF service.

Bakal was working as a shift manager at the Simta Pub on Tel Aviv’s popular Dizengoff Street Jan. 1, 2016 when he was shot and killed by an Israeli Arab terrorist. His parents were one of several family members of terror victims who laid wreaths to honor loved ones during the ceremony.

Other victims were civilians, whose loved ones also spoke and participated in the ceremony, as did Israel’s tops government leaders.

Prime Minister Benjamin Netanyahu faced a brief spate of heckling by one angry family member, but continued his remarks.

President Reuven Rivlin was the first to lay a wreath, followed by the prime minister and then various government ministers and heads of Israel’s police, security agencies and military.

The ceremonies concluded with a male vocalist singing the Israeli national anthem, HaTikvah. 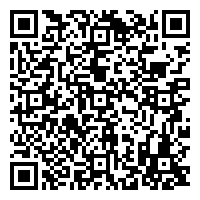