Israeli and Palestinian Authority leaders have freely denied the request of U.S. Secretary of State John Kerry not to talk behind his back on direct talks, but the State Dept., has been trying to create a false conception that the two sides are talking with each other more than they really do.

Tzipi Livni, who doubles as Justice Minister and unofficial Peace Process Minister, said earlier this week that the direct talks will resume next Tuesday.


When asked yesterday about the nest discussions, State Dept. Spokeswoman Jen Psaki told reporters that they will take place “soon” but, “I don’t have an announcement today, though, for you… .I’m happy to check.”

As for contacts in between direct discussions, she said, “ I can tell you that the parties have agreed – they remain engaged in sustained, continuous, and substantive negotiations.”

“How exactly are they doing that?” Associated Press journalist Matt Lee asked. Psaki answered, “The telephone is a wonderful tool.”

So are the Israeli and Palestinian Authority negotiators chatting back and forth on the phone?

“I don’t have anything specific on that,” Psaki admitted. When pressed to answer if she was “aware of any contact between the two sides since they went their separate ways from Washington last week,” she again could not answer and responded, “I’d have to check on it for you.” 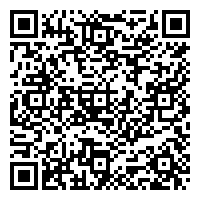