In a tag team effort that pro-Israel folks have been hankering for of late, both Israel and the U.S. called on the United Nations to take action against Iran for having launched several missiles last week.

But, as already reported by the JewishPress.com, the concessions made by the U.S. to Iran in the wild and wooly days at the end of the Nuclear Iran Deal negotiations, the U.S. and its partners substituted unambiguous and prohibitory language from a 2010 UNSC resolution “Iran shall not” to the flaccid phrase “Iran is called upon not to” engage in activity involving ballistic missiles.

So when Iran launched those missiles from within its own boundaries, it took the position that it had not violated any of its obligations under the Joint Comprehensive Plan of Action – the Nuclear Iran Deal.

And so did Russia. Russia’s Ambassador to the U.N. Vitaly Churkin said on Monday that Iran should not face new sanctions over its recent ballistic missile launches because doing so did not violate any U.N. resolution.

Despite the clear-sounding meaning of the new language in the latest UNSCR, the U.S. is still clinging to its position that what Iran did is wrong.

A painful exchange between State Dept. Spokesperson John Kirby and Matt Lee of the Associated Press during Monday’s State Dept. press briefing is a public display of the exchanges that likely took place on Monday behind the closed doors of the U.N. meeting regarding the missile launches.

The exchange is long, and you may feel as though you are lost either in Wonderland or Who’s on First, but at least take a glance at what the U.S. and its partners are having to do to try and make the claim (with or without a straight face), that the language they permitted as a concession to Iran in order to get the Nuclear Iran Deal approved has had dire consequences. All bolds are for ease of reading, and decided upon by the JewishPress.com.

MR.LEE: Can we move to Iran?

MR. LEE: Yeah. So today the – or the Security Council began discussions about what to do about the Iranian ballistic missile tests, and it looks like you guys are not going to be able to get to anything, not even a council statement saying that Iran is in violation, much less a resolution that might impose more sanctions on them, at least international sanctions – the reason being, at least as explained by opponents, is that Iran didn’t actually violate 2231 because 2231 calls on Iran not to do this instead of says that they can’t or says “shall not.”

MR. LEE: What’s your take on that?

MR KIRBY: So it’s a good question, and I think you might be referring to comments I think the —

MR KIRBY: — Russians said, yeah. So look, I’m – I don’t know that it’s fruitful to get into a back-and-forth over the technical meaning of “violation,” but as you might have noticed, Ambassador Power addressed this very issue this morning, and we are very much associating ourselves with what she had to say, that – one, that we’re in the process of preparing a report on these missile test launches to the Security Council, and we’re going to raise the matter directly at the council on Monday. We believe the council is the right forum to have this discussion and we still remain deeply concerned about their recent ballistic missile test launches, which we continue to believe are provocative and destabilizing.

They are also, at the very least, inconsistent with but more practically in defiance of the UN Security Council Resolution 2231, which of course codified the Iran deal. So we could have an interesting discussion about the degree to which it’s technically a violation. It doesn’t mean, though, that it’s okay, and it doesn’t mean that the council should look the other way, and it doesn’t mean that it isn’t – that their actions are still not inconsistent with the obligations in that resolution, which calls on them to refrain from that activity. So we’re still going to bring it up with the council and we still believe we have a strong case on that.

MR. LEE: Because, I mean, look – I went back and I looked. 1929, which is what replaced – sorry, which was – 2231 replaced, at least in terms of the missile technology – UNSCR 1929, number nine, and it says “decides” – this is quote – “decides that Iran shall not undertake any activity related to ballistic missiles capable of delivering nuclear weapons, including launches using ballistic missile technology.” 2231, which replaced it and enshrined the Iran deal, says, “Iran is called upon not to undertake any activity related to ballistic missiles designed to be capable of delivering nuclear weapons, including launches using such ballistic missile technology.” How is it that you’re – that you can have any kind of a logical disagreement with what Ambassador Churkin said? You have “shall not” and then “is called upon.” And as Ambassador Churkin said, you can’t violate a call. You can ignore it, but it’s not a violation.

MR KIRBY: Again, I’m not going to get into a rhetorical debate about “violate” or “not violate.” 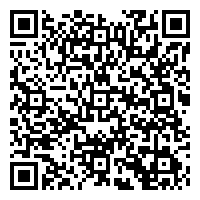