The survey found that 52% of the Jewish public thinks the settlement enterprise has contributed to the national interest.


And so the survey noted that “some claim that over the years Israeli governments have invested many resources and monies in developing the Jewish settlements and infrastructures in the West Bank/Judea and Samaria, and previously also in Gaza, at the expense of other areas and populations in Israel that are disadvantaged and would have needed these resources and budgets. Others claim that there is no connection between the two because one does not come at the expense of the other.” Then it inquired, “With which claim do you agree?”

49% of the Jews said there is no connection between the two; 45% say the investment in the territories comes at the expense of budgets for deprived areas and disadvantaged populations.

In the Arab public, a two-thirds majority considers the investments in the territories a detraction from investments in deprived areas and disadvantaged populations inside green line Israel.

The Peace Index is a project of the Evens Program for Mediation and Conflict Resolution at Tel Aviv University and the Guttman Center for Surveys of the Israel Democracy Institute. The June survey, conducted by phone on June 28-29, 2016, included 600 respondents — 500 Jews, 100 Arabs, who constitute a representative national sample of the entire adult population of Israel aged 18 and over. The maximum margin of error for the entire sample is ±4.1%.

The fact is that no one really knows how many Arabs live today in the parts of Judea and Samaria governed by the Palestinian Authority, and so, in this instance, there is no wrong answer.

Among the Arabs 69% said that if a referendum were to be held today, they would vote in favor of leaving the territories while retaining the large settlement blocs. 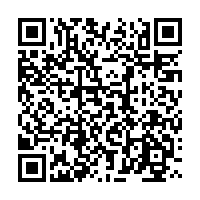