A female terrorist tried to stab a soldier at the Gitai Evyasar junction hitchhiking post on Road 5 in the Shomron on Tuesday evening.

A civilian was waiting in the hitchhiking post, and two soldiers were guarding it.


The female terrorist approached and raised the soldier’s suspicions, so they asked her to show them her ID. She then tried to stab one of the soldiers.

The soldiers then shot and neutralized the terrorist.

The terrorist was moderately to seriously wounded, and received medical aid from the soldiers.

Update: Beilinson hospital reports the terrorist is in serious condition, unconscious and on a respirator. 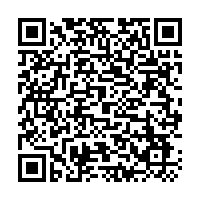