A suspected terrorist infiltrator was captured Monday morning in the Jewish Gaza Belt community of Sderot, shortly after a high alert was sent out by the Shin Bet.

Dozens of roadblocks were set up in southern Israel Monday morning as police worked quickly to hunt down the possible terrorist infiltrator.


A state of emergency was declared, prompted by a concrete warning from the Shin Bet about a young woman imminently planning a terror attack in the area.

However, a different suspect was picked up within the hour and arrested by security personnel. The Israel Security Agency (Shin Bet) subsequently announced the original terrorist had apparently not crossed into the area.

Law enforcement is still on the alert and the public has been warned to remain vigilant, despite the removal of roadblocks in the area.

The original suspect, Diana Hamad, is shown in the image that accompanies this article and which has been released by law enforcement officials. 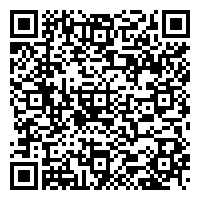