A man who poured his drink on the head of Israeli Arab MK Hanin Zoabi was handed a suspended sentence of four months in jail on Sunday.


In his decision at the Tel Aviv Magistrate’s Court, Judge Tzachi Uziel wrote, “An attack on an elected official because of her views demands a punitive response.

“Political or ideological violence, and even more so, physical violence toward an elected official because of his views and the fulfillment of his [public] duties represents a challenge to the rule of democracy.”

Two weeks before Knesset elections last March, Kazrov and a group of other activists attended a lecture by Zoabi on women’s rights at the Tel Aviv College of Law and Business.

From the start, their group surrounded the stage and began heckling the lawmaker, who herself has harassed numerous others.

Zoabi supporters responded in kind; one unfolded a scarf depicting the flag of the Palestinian Authority and waved it.

At that point, Hazrov climbed on to a table, grabbed a full beverage bottle and poured it over the Knesset member’s head.

He was immediately arrested and taken into custody. The following day he was indicted on charges of assault and misconduct in a public forum. Kazrov pleaded guilty and was convicted on the charges.

But the suspended sentence he received may have been in response to the slap on the wrist received by the Knesset member herself.

as the result of a plea bargain struck last year with outgoing Attorney General Yehuda Weinstein.

In exchange for pleading guilty, the lawmaker will not be charged with the more serious crime of incitement to racism and making threats, both of which she could easily have been charged with numerous times.

But in particular, Weinstein announced last year he was determined this time to actually charge her with the crimes after she called a contingent of Israeli Arab security personnel “traitors” and urged a mob of demonstrators to spit in their faces.

The incident took place at a protest in front of the Nazareth Magistrate’s Court in July 2014.

Zoabi also implied threats to the officers who were providing security at the event, and continued to incite the crowd over Israeli Arabs who participate in Israeli society. She blithely ignored the fact that she herself does the same and is paid more than generously for the privilege. 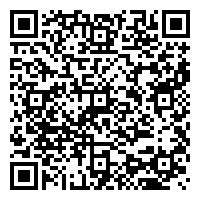