“Son of Saul,” a 2015 Hungarian film directed by László Nemes and co-written by Nemes and Clara Royer, has won a Golden Globe award Sunday night at the Beverly Hilton. The film is about a Hungarian-Jewish Sonderkommando, burning the dead in Auschwitz, who one day finds the body of a boy he believes is his son.

Nemes told the audience in his acceptance comments, “The Holocaust has become, over the years, an abstraction. For me, it’s more of a face, a human face. Let us not forget this face.”


Nemes told reporters Sunday, “We see that genocides are still going on, they haven’t stopped. I think we have to look into the human soul, and cinema can do that in a very visceral way. I think that’s why I wanted to make this film.”

Nemes, who is Jewish, told Anthem Magazine last year, in Cannes: “We were tired of the usual representation of the Holocaust. We were just sick of it. We tried to design a story, a film, that doesn’t function the same way and we tried to break away from codes. The film was born out of the frustration and the need to talk about that. Then we came across the material and the Sonderkommando writings that sort of mapped out the inner thinkings of these workers. From that, we got the one-liner for the story out of the blue. This guy finds a body and there’s a moral dilemma: What is he supposed to do? That’s how the project started.” 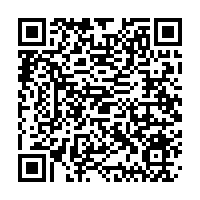