Sweden is canceling its military deal with Saudi Arabia one day after an open dispute between the two countries over human rights had led to the public humiliation of the Swedish foreign minister in Cairo.

According to Reuters, Swedish companies last year exported roughly $40 million in defense equipment to Saudi Arabia, and that the overall deal now killed has earned the Swedes in $560 million between 2011 and 2014.

The lucrative deal was cancelled after, on Monday, Saudi Arabia blocked Sweden’s foreign minister Margot Wallström from speaking to the League of Arab States assembled in Cairo.

Wallström was told that she could certainly speak to the Arab League about Sweden’s decision to become the first EU country to officially to recognize the State of Palestine—the reason she had been invited—but she shouldn’t bring up troubling issues such as human rights and democracy in the Middle East, particularly Saudi Arabia.

Swedish politicians have been attacking Riyadh’s preference for sharia law, complete with flogging and beheading, and how that relates to our common notion of human rights.

So Wallström was snubbed one more time by a Middle Eastern country unhappy with its approach to international diplomacy—the first one being Israeli foreign minister Avigdor Lieberman, who forced her to cancel her planned visit to Israel in January.

For their part, the Arab League ministers issued a statement saying “Sharia has guaranteed human rights and preserved people’s lives, possessions, honor and dignity. The ministers consider the comments as irresponsible and unacceptable.”

The deal was initially signed by the Social Democrats in 2005, and then renewed by the right wing government in 2010. But the current left-leaning government has the Green party as a coalition partner, and they refuse to arm a country with so many human rights violations like Saudi Arabia.

A spokesman for Saab told Reuters: “Saudi Arabia is a very important market for us and a good customer. How Sweden handles this can affect us.”

Swedish Prime Minister Stefan Löfven, who is visiting the Ukraine, confirmed the Saudi deal is dead.

The Financial Times pointed out that Sweden’s military industrial complex’s cozy relationship with the Saudi Crown was one of the reasons the Right was defeated last September. Back in 2012, defense minister Sten Tolgfors was forced to resign over his exposed plans to build a weapons factory in the Arabian desert.

An open fight with the Arabs does not bode well for Sweden’s chances to gain a seat on the UN Security Council, which is why, presumably, they recognized Palestine in the first place. 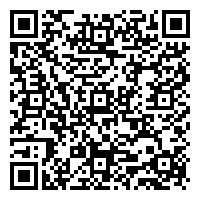