Israel demolished on Tuesday several illegal shanties in land zoned for a national park near Hebrew University’s Mount Scopus campus and funded by the European Union.

The EU denounced the bulldozing of the buildings and stated:

We condemn today’s demolition of temporary shelters funded by the European Union… as part of its response to the needs of the affected communities.


It made no mention that it threw Europeans’ tax money down the drain by funding construction inside a future national park and without permits, mostly for Bedouin whom they help pay to claim government land in eastern Jerusalem and Judea and Samaria.

The demolitions were initiated by the Israel Nature and Parks Authority, which acts against anyone trying to live or damage areas that are designated as preserved.

Regavim, which campaigns against illegal Arab buildings and false claims against Jewish landowners in Judea and Samaria, said the demolition was unusual and “certainly doesn’t happen to EU buildings.”

The Israeli Committee against House Demolitions claimed that Israel has demolished 552 structures in eastern Jerusalem, Judea and Samaria this year, according to the Ma’an News Agency, based in Bethlehem. 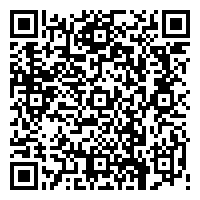