A man who hung an Israeli flag outside his window in the Swedish city of Malmö was severely beaten for it and taken to the hospital, police said.

Several unidentified men assaulted the 38-year-old man with metal bars after they hurled a stone at his window on Sunday evening, the Svenska Dagbladet daily reported Monday. The victim was not identified by name.


The man went downstairs after the stone hit the window, where a group of men caused him serious but not life-threatening injuries, according to Malmö Police spokesperson Linda Pleym.

“He was attacked because of the flag,” she said.

The man managed to escape his attackers and was found by passersby lying down on an adjacent street. Paramedics rushed him to medical treatment in an ambulance. Police have no suspects in custody.

Several hundred Jews live in Malmö, a city of approximately 300,000 where a third of the population is made up of people who were born in Muslim countries or whose parents were born in those countries.

Several dozen anti-Semitic attacks occur in Malmö annually, according to community leaders and police, including repeated attacks on Jewish institutions.

Across Europe, attacks against Jews increase during periods of unrest connected to Israel.

On April 16, the district of Skåne, where Malmö is located, declined the Jewish community’s request to increase the number of security cameras around Jewish buildings, according to Michael Gelvan, chairman of the Nordic Jewish Security Council, and Per-Erik Ebbestahl, director of safety and security in the City of Malmö.

County officials did not reply to a request for further information by JTA. 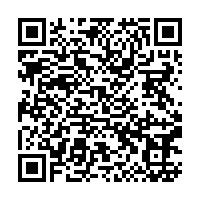