The Swiss Federal Council announced the decision it reached on Aug. 12 to officially list sanctions beginning on Thursday, Aug. 13. The Swiss government had been engaged in direct dialogue with Iran and had already suspended the sanctions in Jan. 2014.


In announcing that it was lifting certain sanctions, the Swiss government explained the path it had taken.

In recent decades, Switzerland has pursued a consistent, neutral and balanced policy with regard to Iran. In part due to its protecting power mandate for the USA, it has always been committed to dialogue and to keeping communication channels open. At the same time, Switzerland has always defended its own values and views. Today Switzerland is perceived in Iran as a reliable and credible discussion partner.

As of Thursday, the ban on precious metals transactions and requirements to report trade in Iranian petrochemical products, as well as the transport of Iranian crude oil will be lifted.

The value above which reporting and licensing obligations are triggered in relation to money transfers from and to Iranian nationals was increased tenfold.

Despite Switzerland’s eagerness to improve its bilateral relations with Iran, those sanctions adopted by the UN Security Council will remain in force for the time being, according to the Swiss government.

And if the JCPOA fails, the Swiss government “reserves the right to reintroduce the lifted measures.” In other words, it may “snap back” sanctions if Iran is caught cheating. Then again, it may not.

The Swiss government’s statement included other curious language. In addition to making clear its support for the global nuclear negotiations with Iran, it specifically stated it wished to “signal that Switzerland’s positioning with respect to Iran, which was developed and maintained over a number of years, should be used to promote a broad political and economic exchange with Iran.”

Whether that language invites other countries to deal with Iranian crude oil using the Swiss as a pass-through is unclear. 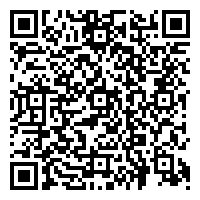