Rabbi Dr. Elad Dukov of the Technion Institute of Technology in Haifa was arrested Monday afternoon, according to the Tazpit Press Service (TPS).

Dukov was taken into custody by Israeli security forces at the Temple Mount in the Old City of Jerusalem, leaving five children stranded by themselves on the site, TPS reported.


The circumstances behind the rabbi’s arrest are not clear.

Last week, Rabbi Yehuda Glick of the Temple Mount Heritage Foundation and Rabbi Yisrael Ariel of The Temple Institute were both arrested while visiting the site.

Thirteen visitors were detained Sunday while visiting the ancient site where both Jewish Holy Temples of Jerusalem once stood, 12 of them Jews. The Temple Mount is the holiest site on earth in Judaism, and the third holiest site in Islam. 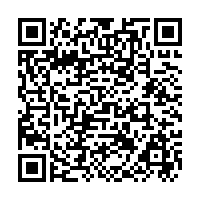