One of two teen terrorists was killed Saturday night by an IDF unit while attacking Israeli drivers on Highway 60 in Judea.


The attacks took place near the Judean town of Halhul, north of Hebron and Kiryat Arba.

One of the two teen terrorists, a 14-year-old, was hit by the gunfire, according to a report broadcast by Israel Radio, and the Bethlehem-based Ma’an news agency.

“During routine activity to secure route 60, the IDF spotted two suspects attempting to throw Molotov cocktails at vehicles” on the highway,” an IDF spokesperson told Ma’an.

The second suspect was arrested and taken into custody, according to the report. 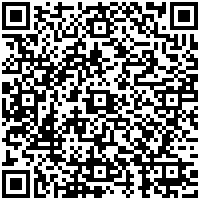