Jerusalem police arrested an Arab terrorist on the Sabbath before he could carry out a lethal stabbing attack on unwary victims in the Old City of Jerusalem.

The knife was discovered after police stopped and searched the suspect, and found the weapon under his clothes. He admitted during questioning that he had intended to carry out a terror attack.

Police have raised security throughout the capital for the duration of the Jewish holidays. Jerusalem is packed with tourists from Israel as well as visitors from around the world. Security teams are deployed in different areas, according to Israel Police spokesperson Micky Rosenfeld.

During Yom Kippur, thousands of people visited the ancient remnant of the retaining wall of the Second Holy Temple of Jerusalem, the Western Wall. Police were also busy with less pleasant activities as well: “During the fast police dealt with riots by Arabs in Silwan, Issawiya, and Jabel Mukabar,” Rosenfeld said in a tweet. 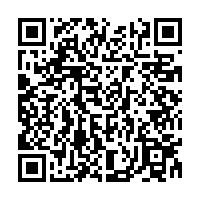